The worldwide EBO network was created in 2001 between representatives of EU business associations (in non-EU countries) and the European Union. EBO is the sole network EU recognized Business Organization representing EU-wide business interests in non-EU Countries.

After receiving the endorsement of all National European Embassies and the Mission of the European Union in Ghana in December, 2014, EBO-Ghana started operating in January 2015.

The current Board of Directors of EUROCHAM are

EUROCHAM is a pro-active partner in the development of an open and profitable business atmosphere between Ghana and Europe, who tries to create and sustain a positive image of Europe, European Businesses and Europeans in Ghana.

EUROCHAM is active in the following fields;

Access to local market knowledge and assistance of European stakeholders in Ghana.

Advocate and lobby to resolve trade barriers for European companies operating in Ghana and Ghanaian companies in Europe.

Assist Ghanaian business to enjoy the advantages of entering the EU markets, when Free Trade Agreements are implemented. 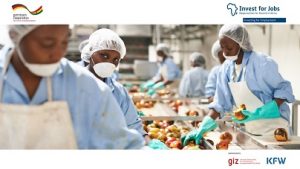 THE FACILITY “INVESTING FOR EMPLOYMENT” CALL FOR PROPOSAL GHANA

The EU-Africa Business Forum (EABF) is co-organized by the European Union (EU), the African Union Commission (AUC), African and EU

THE SPECIAL INITIATIVE ON TRAINING AND JOB CREATION IN GHANA: SUPPORT FOR EUROPEAN COMPANIES IN GHANA

As part of the firm and growing business relationship between Europe and Ghana, the German Federal Ministry for Economic Cooperation